After writing this article, I remembered my childhood. I used to write letters to my relatives from class 3/4. Later, when I called at Mother’s house, I learned that they had not yet received the letter you sent. I later learned that their post name had changed, so they never received a letter from me. As a child, I had many questions, where would the books that had not been delivered go? – Later, when I heard of a man’s mouth, these were filled.

However, let us not waste time listening to the issue of our country’s postal service. Fortunately, modern messaging apps send good delivery reports, so you can easily see if your message has reached the person you want. The message that the message was read and comes to you… but how does this program work?

Suppose a friend sent you a text message several times but you did not want to reply or you felt angry, so don’t ignore it. But suddenly a message was opened from the notification due to pressure and at the same time your friend but it was as if he was close to the phone and did the message status. – Even if you do not have the desire to respond, but this time you have to answer, and this time you are very stressed! – Has that ever happened to you? Yes, to our knowledge, this is exactly what is happening to us all these days.

You have sent a message to your crush, you are also creating a message, but the problem of “no response 🙁” exists, you know you were reading this message, if you do not know, the problem will be reduced. However, I am not here to discuss your personal life. But how is the typical “sight” of all this waste?

Even before the birth of the Telegram, WhatsApp, or Facebook Messenger, postal services would leave a return receipt after delivery, allowing them to easily track whether the letter was delivered properly. As a child, I used to see in Bengali black and white movies that the corn would come and pick up the book and sign it. A receipt is then sent to the sender of the letter so that he or she can easily determine if the letter or package has been delivered. But as far as I can remember, this facility would not have been available if I had not registered the letter later.

Thanks to technology, we no longer exchange letters, at least in terms of personal communication. And since information can be easily provided with the help of the Internet, today’s communication is terminated via the Internet.

There are many types of status in modern messaging apps. For example, if you are talking to someone, you can see if you are writing. These applications not only send data when sending messages but also always send it to different data servers. And that’s how the study receipt system works.

When I was a child, I used to send large letters to my uncles and later find out that they had not yet reached me, there was nothing sadder than that at the time. In contrast, report delivery and reading acquisition of modern messaging apps are many useful features. He will do everything quickly. But it also comes with a variety of pressures that we should not have experienced before.

If you respond too late or do not respond at all after opening someone else’s message, various social pressures can be shaped depending on the person, which will affect a particular part of your life. Moreover, when you see a message and when you reply it is a personal matter. If someone knows when you are reading a message, it is a big privacy issue.

Fortunately, some messaging apps, such as WhatsApp or Viber, allow you to block read receipts, but they also have a different effect. If the read receipt is turned off, of course, when you read the message, you will not be notified to the sender, but on the contrary, you will not be able to see if the message you sent is a group. In addition, many popular messaging apps do not yet have the official way to lock up receipts for reading. For example, you can’t turn off the reading receipt in Facebook Messenger. People use Closed Receipt using various third-party extensions, but it only applies to desktop browsers or mobile browsers or to different modified apps, not to the original app.

Learning receipts are great. We are always curious to know if anyone has read our message or not. In this case, if you are going to protect privacy, you will easily lose control of many things and if you want to control privacy. The situation may be completely different in each case, but it is certain that the rubbing feature creates a lot of embarrassment and stress. I don’t know much about human psychology, so it’s hard for me to describe it in simple terms. I hope you have understood the context of every article by now, and already know how messenger apps can after reading a message! 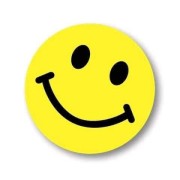